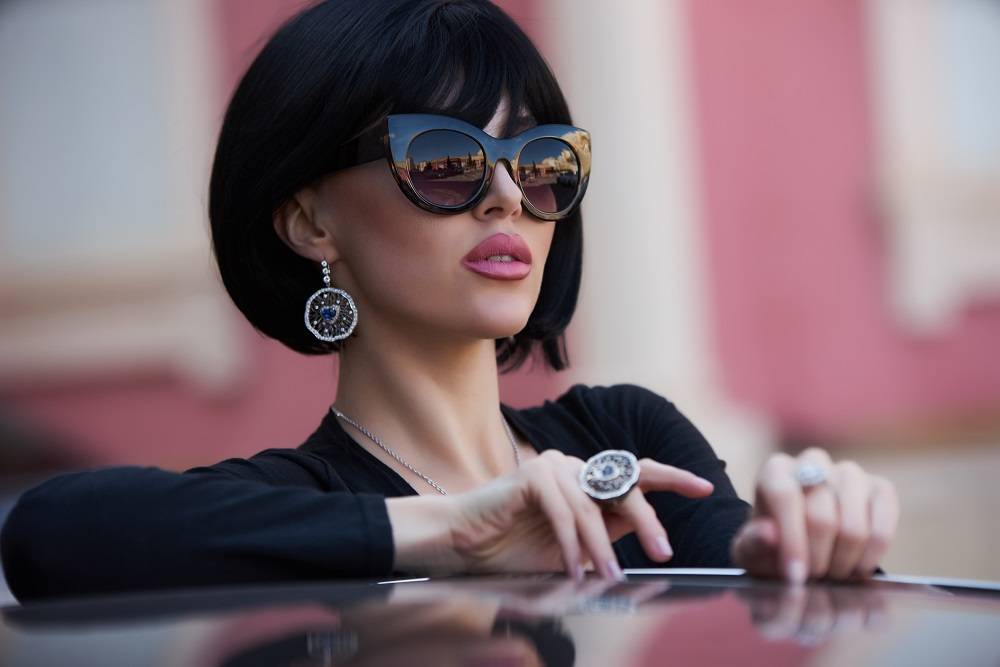 We all love a luxury item, whether that be technology, jewelry, or fashion. Designer sunglasses are luxury accessories. The most expensive ones ever sold was a pair of Chopard De Rigo Vision sunglasses, which went for a huge $408,000. According to data from the U.S. Bureau of Labor Statistics, the annual wage for the average full time worker in America is $53,490. With these two figures in mind, it is patently clear that the vast majority of U.S. citizens can’t afford to shop at the higher end of the designer sunglasses market. However, around 83.3% of men and 88.7% of women regularly wear sunglasses. So how does the typical American afford their eyewear?

Aviators are potentially the most famous design of sunglasses. From their first real usage, by pilots in the Second World War, to famously being worn by celebrities such as Tom Cruise, Ben Affleck, and Jennifer Aniston (both in and out of movies). They have thin metal frames that are flexible but sturdy, with large oval-shaped lenses. They have barely changed in design in over 80 years. A classic pair of Aviators made and manufactured by Ray-Ban retail at $161.00. As a comparison, Salt Lake City-based sunglasses wholesaler Olympic Eyewear, who sell designer inspired sunglasses in bulk at wholesale prices, say an assorted dozen of Aviator sunglasses from them costs $20.

Bausch & Lomb, the precursors to Ray-Ban, introduced the Wayfarer in 1952. By the beginning of the 1960s, Wayfarers were already iconic, having been worn by James Dean and Audrey Hepburn in Rebel Without a Cause and Breakfast at Tiffany’s respectively. Their popularity in movies endures to this day. They have rounded plastic frames that flare slightly at the top corners; a simple and straightforward design that is quite easy to emulate effectively. This design is unisex and therefore for anyone and everyone, regardless of sex, age, or face shape. The standard pair of Wayfarers will cost $161.00 from Ray-Ban. In comparison, an assorted dozen from Olympic Eyewear only sets back the business buying them $29.

Cat eye-shaped eyewear was first seen in 1930s Italy, inspired by the masks of designer Altina Schinasi in Venice. They were initially designed for, and are most often worn by, women. Celebrities including Marilyn Monroe, Princess Diana, and Paris Hilton have worn cat eye sunglasses and they continue to be popular today. The chunky lenses work as a good accompaniment to any outfit and fit most face shapes. Designer cat eye sunglasses can retail at between $200-500. Olympic Eyewear offer a dozen pairs for $35, an average of under $3 cost per pair to a business.

Heart-shaped sunglasses were first popularized in the 1950s. The unique shape of their frames has attracted various celebrities over the years, from George Harrison in the 1970s to Lady Gaga in the 2010s. They are a regular feature on catwalks, sure to make the wearer stand out. Heart shapes are also popular among children. If purchased from department store Selfridges, they cost around $300, whereas a dozen pairs of assorted colors from Olympic Eyewear goes for $23 for adults and $22 for children sizes.

Known for being the glasses worn by John Lennon, sunglasses with round-shaped frames actually go back to around the 13th Century. They had associations with counter culture in the 1960s and 70s and are now known to be worn by hipsters and festival goers. A pair from Dior costs almost $500. Olympic Eyewear sell a dozen pairs wholesale for $29. Sunglasses do not have to cost the earth!